I recently asked for feedback about why many people in the 25 to 40 age group don’t make Wills. This is the second blog in which I am going to demonstrate what can happen when someone doesn’t make a Will for the reasons set out in that feedback. (See the first blog here). 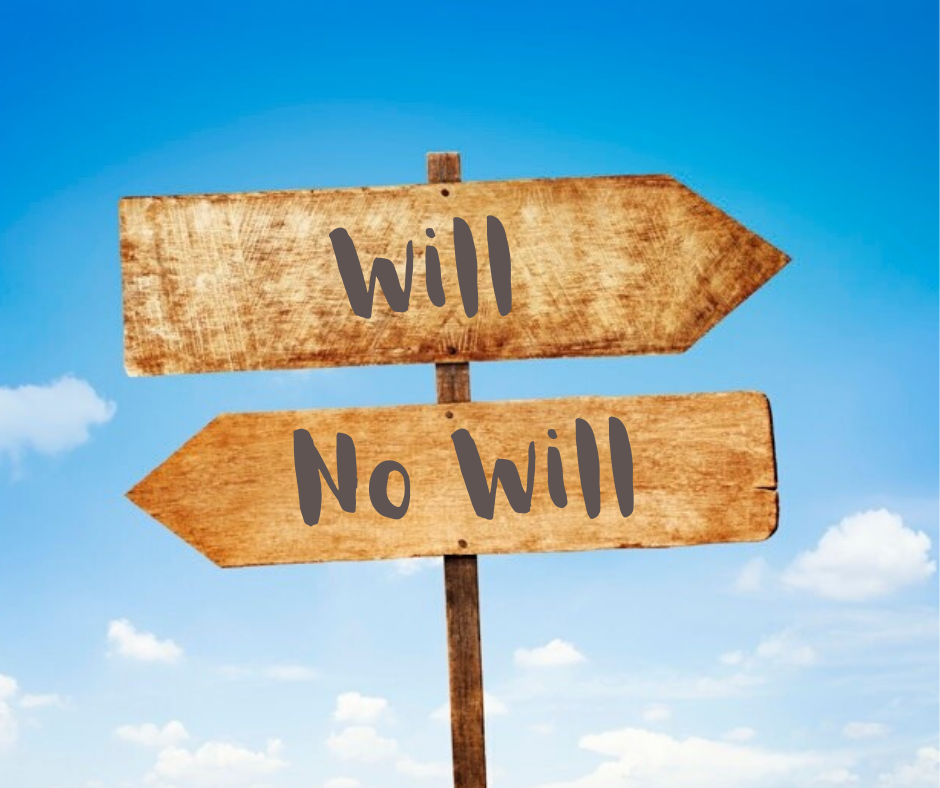 Number Two: “I don’t have anything valuable enough to justify the cost of making a Will.”

This blog deals with the situation where someone does not think that they have enough money or belongings to justify the expense of making a Will. It demonstrates the differences between what can happen when someone dies “intestate” which means without a Will or “testate” – with a Will.

The best way to demonstrate this is to show you how the same set of facts could play out – firstly without a Will and secondly with a Will. If you remember a 1998 film called ‘Sliding Doors’, you will get the idea.  The film followed two storylines. In the first one, the female lead caught an Underground train and arrived home to discover her partner was having an affair, with all the consequences that flowed from that scenario. In the second alternative storyline, she missed the train by seconds and arrived home after her partner’s lover had left.

The people in the story below are imaginary but this situation could easily happen. The cast of characters is as follows:

Jane is thirty years old. She lives in Greater London and commutes into the City. She earns a good salary but most of her income goes on rent, commuting, holidays and socialising. She has managed to save £5,000. John has been her partner for five years. They are planning to buy a flat together.

Jane and her best friend Emma are like sisters.  They see each other very week and text every other day.  Emma is a single Mum with a son called Billy, who has Downs Syndrome. Jane and Billy are very fond of each other.  In her spare time, Jane volunteers for MENCAP, a charity that helps people with learning disabilities.

Jane thinks of herself as an only child. Her parents Peter and Kathy divorced when she was 9. Kathy left Jane with Peter and married Gordon. Kathy and Gordon have a daughter called Louise aged 16.  Peter has a chequered employment record, has never re-married and has a gambling addiction.  Jane loves her Dad but is exasperated by him.

Jane is estranged from her Mum and can’t stand Gordon or Louise following difficult contact visits during her teens. Her parents have nothing to do with one another.

Jane has inherited £30,000 from her much-loved ‘Gran’, her father’s mother who helped to bring her up. She plans to use the money for the deposit on the flat.  She has a few items of jewellery including a valuable ring left to her by Gran. Gran never forgave Kathy for leaving Peter and Jane.

Situation A – Jane dies Intestate (without a Will).

Tragically, Jane is killed in an accident.  As Jane didn’t make a Will, there are no Executors to sort out what should happen immediately after her death. Therefore, the court has to appoint ‘Administrators’ under a Grant of Administration.

The only people who are eligible to apply to the court to act as Administrators are a spouse (husband, wife or civil partner), adult child or next of kin of the deceased – in this case Jane’s parents who had an acrimonious divorce and have had no contact of any kind for the last 14 years.

Jane’s parents cannot even agree whether she should have a burial or a cremation. John and Emma are not next of kin.  Even though they know what Jane would have wanted, they are unable to persuade her parents of this.

As Jane did not make a Will, her ‘estate’ will pass to Peter and Kathy in equal shares under the Intestacy Rules.  Peter wants to give small money gifts to John and Billy and let Emma have Gran’s ring.  Kathy says he can make gifts out of his half share and wants the ring for Louise.

Peter then becomes furious. He argues that he should have all the £35,000 as he is out of work and Kathy and Gordon are well off.   He states that most of the money was Gran’s and there is no way Kathy is getting her hands on it – or his mother’s ring. Kathy doesn’t see why he should have £35,000 to ‘give to the bookies’.  All of this intensifies the grief and stress for John, Emma and Billy.

As Jane’s parents cannot work together, they cannot administer the estate competently.  The court steps in to appoint new Administrators. The costs involved in this reduce the amount of money left in Jane’s estate significantly – money that Jane would have wanted to give to John, Emma and Billy – if only she had realised that this would happen.

Situation B – Jane dies having made a Will.

Jane has made a Will.  As her assets are modest and her wishes are straightforward, it is a simple inexpensive process. She appoints John and Emma to be her executors.  They have authority to take charge of her assets right from the date of her death. She leaves instructions in the Will that she would like to have a sustainable funeral and gives clear details of the company to use.

Jane’s parents are not involved in the decision-making in any way. They attend her funeral, but they are not in charge of it.  They have no claim on her estate of any kind. As Jane’s wishes are clearly set out and easy to follow, there is no delay in sorting out her estate in the way that she intended.

Making a Will ensures that: –

Making a Will is a necessity not a luxury.  Take this essential step to safeguard the people you love and ensure that your wishes are carried out. It doesn’t cost a fortune.  Don’t be caught out.

Read the first blog in the series:

I have left instructions for my relatives. I know that they will do the right thing

This website uses cookies to give you the best possible experience and to monitor basic usage information. If you continue to use this site we will assume that you are happy with it. To find out more please take a look at our Privacy Policy by clicking 'Read more'. OKRead more